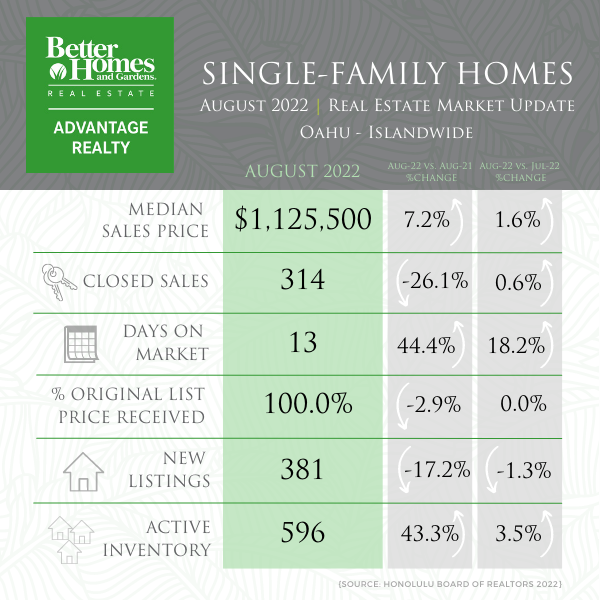 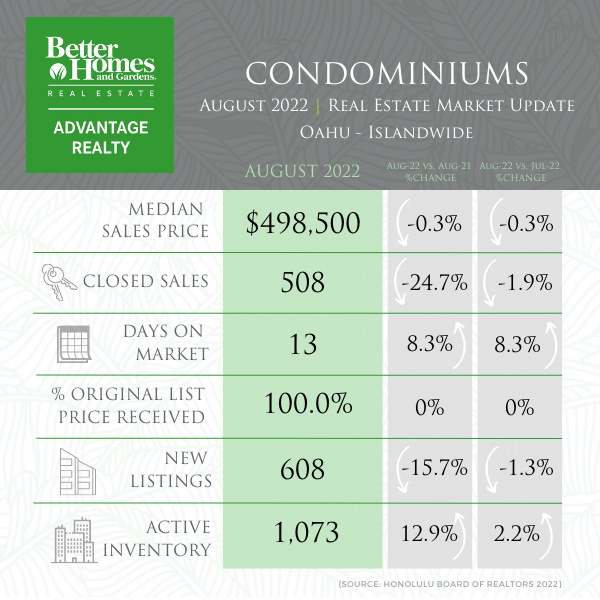 Sales of Oahu Homes Return to Pre-Pandemic Levels Median sales price for condos dips to under $500,000

{source:  Honolulu Board of REALTORS®}

Thank you for your inquiry.